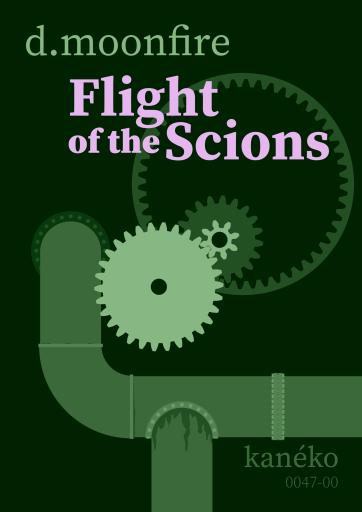 Can she survive without magic?

Kanéko's childhood fantasies died the day the letter came to confirm she had no ability to use magic. She would never hear the whispers of her mother's clan spirit. Nor would she be able to follow in her father's footsteps as a mage-knight of Kormar.

Soon she found a new purpose: to prove to her father she wasn't a delicate flower that required protection. Without magic, she latched onto the new world of mechanical devices and engineering. But, her self-taught experiments went awry and her father sent her away in a fit of fury. Two others would join her on a trip across the country, a dog girl with a short temper and a boy with an unnatural presence.

When she didn't think it could get any worse, a wanted poster sets off a frantic race home for safety. As ancient and modern forces fought to claim her, she and her friends would test the abilities their parents gave them: knowledge, loyalty, and drive.